The city is located along Shatt al-Arab waterway which carries the waters of the Euphrates and the Tigris, with a strategic situation located in southern Iraq "between Kuwait and Iran", it is 55 kilometers (34 mi) from the Arab Gulf and 545 kilometers (339 mi) from Baghdad '' Iraq's capital ''.

The region of Basra, it is the city of Sinbad the Sailor and the starting point of his famous adventurous voyages to the World. Some would say, the most beautiful part of Iraq, others say Basra is the Venice of the East due to its number of canals that they add real attraction to the view.

Al-Basra is the capital of Basra Province, and had an estimated population of 3 millions. Basra is also Iraq's main port and the city is the historic location of Sumer and a proposed location of the Garden of Eden. It played an important role in early Islamic history, being built in 636 CE. It is Iraq's second largest and most populated city after Baghdad. 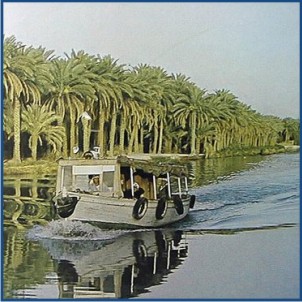 Ashar is the central of the city and it is the old commercial center; its covered bazaar and mosque mark the end of the stream that links it and the river to Old Basra. Today the older parts of Ashar are still attractive. The covered bazaars is full of beautiful old-style houses with balconies leaning over into the narrow streets and beautiful wooden facades in the style of old Arab architecture (called Shanasheel). They have character and are worth wandering through. They are quite extensive; the shops are well-stocked; they smell of spice and herbs and coffee; there is an old-world atmosphere there. The whole area of the south from Shatt El-Arab (the meeting point of Tigris and Euphrates Rivers) up to Amara on the Tigris and Suq Eshiukh on the Euphrates is magical: it is lush, watered, and full of trees and gardens and canoes gliding on the mirror-surfaces of calm lagoons. It is an area of countless birds and a variety of animals. You feel that lions, possibly dragons or the Great Roc of A Thousand and One Nights may appear.

The area surrounding Basra has substantial large petroleum resources and many oil wells. Iraq has the world's largest reserves for oil of 360 billion barrels, most of them in Al-Basra (80% of Basra's oil is unexplored). 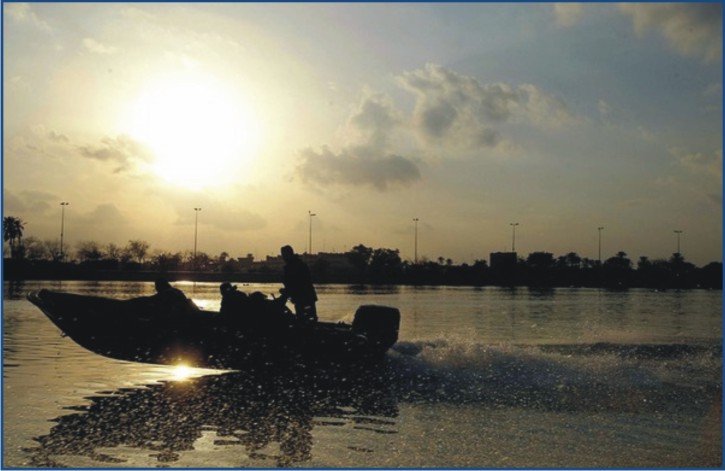 Basra has a very different feel from the rest of Iraq; it has got 4,000 years of trading links with the outside world due to its unique situation. It is now Iraq's main gateway (Port, Airport and Railway) to the world. The economic base of Basra is refining and exporting of oil and chemicals, as well as being the centre of an agricultural area that produces wool, grain and dates.

For centuries Basra has been a very important centre for science and culture. It is one of the most beautiful cities in Iraq. It has a big university with a good reputation it consist of fourteen colleges located on three campuses around the city of Basra, along with research facilities and student halls of residence (dormitories). The University awards the degrees of BA, BSc, Higher Diploma, MA, MSc and PhD. 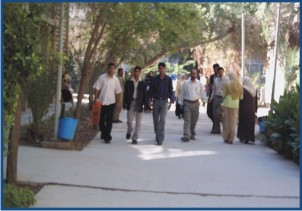 When you see Basra today, you will be reminded of the commercial importance it has enjoyed for centuries; endless ships shuttle back and forth on Shatt El-Arab.